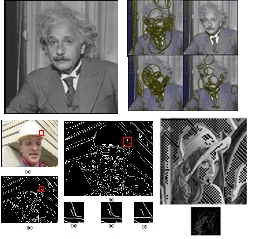 Background: Although current image-video coding standards could achieve considerable performance on different types of natural images, these technologies are mainly based on some fixed orthogonal basis projections. It can be seen that the breakthrough would rely on designing new adaptive transformation basises aimed at capturing the local details, in order to produce sparse representation of the origianl signals.

Information theory and cognitive learning framework: Current sparse coding technologies aim at how to get the optimal filter banks for images, which is more suitable for specific texture objects. Broadly speaking, the theroy of the two branches deserve more development: one is about the construction of the sparse basis, and the other is about the statistical side information based distributed source theory. In essence, the statistical construction may form fundamental changes about the conventional coding methods.

Intelligent image-video modelling: The high-dimensional sparse representation of signals is formed as energy subspace and metadata subspace. The former results from the background of the adaptive signal space, considering the modelling of multi-dimensional scale singal. It describes the Asymptotic distribution features of the singals via sparse representation. The latter emphasizes the semantic information in signals, forming computable metadata descriptors.

The transmission and optimization of Network video streaming 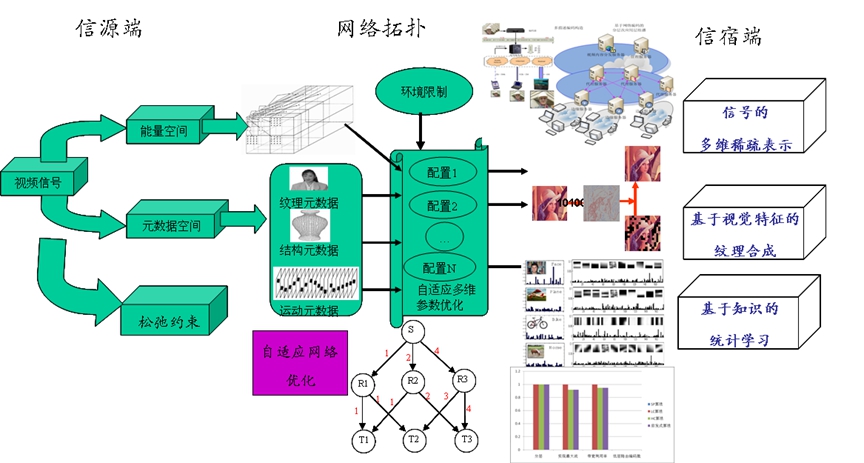 Background: As a dual problem of communications, transmitting the multipath network video streaming faces the problem of accuracy of equalization on the construction of Source rate-distortion. dispatching decision-making model, Maximum flow of resources planning problems, Principle of Equality, are more generic problems. Scable video coding, distributed video coding ,the interaction among multiviews and so on , are far more complex than the exsiting hierarchical control.